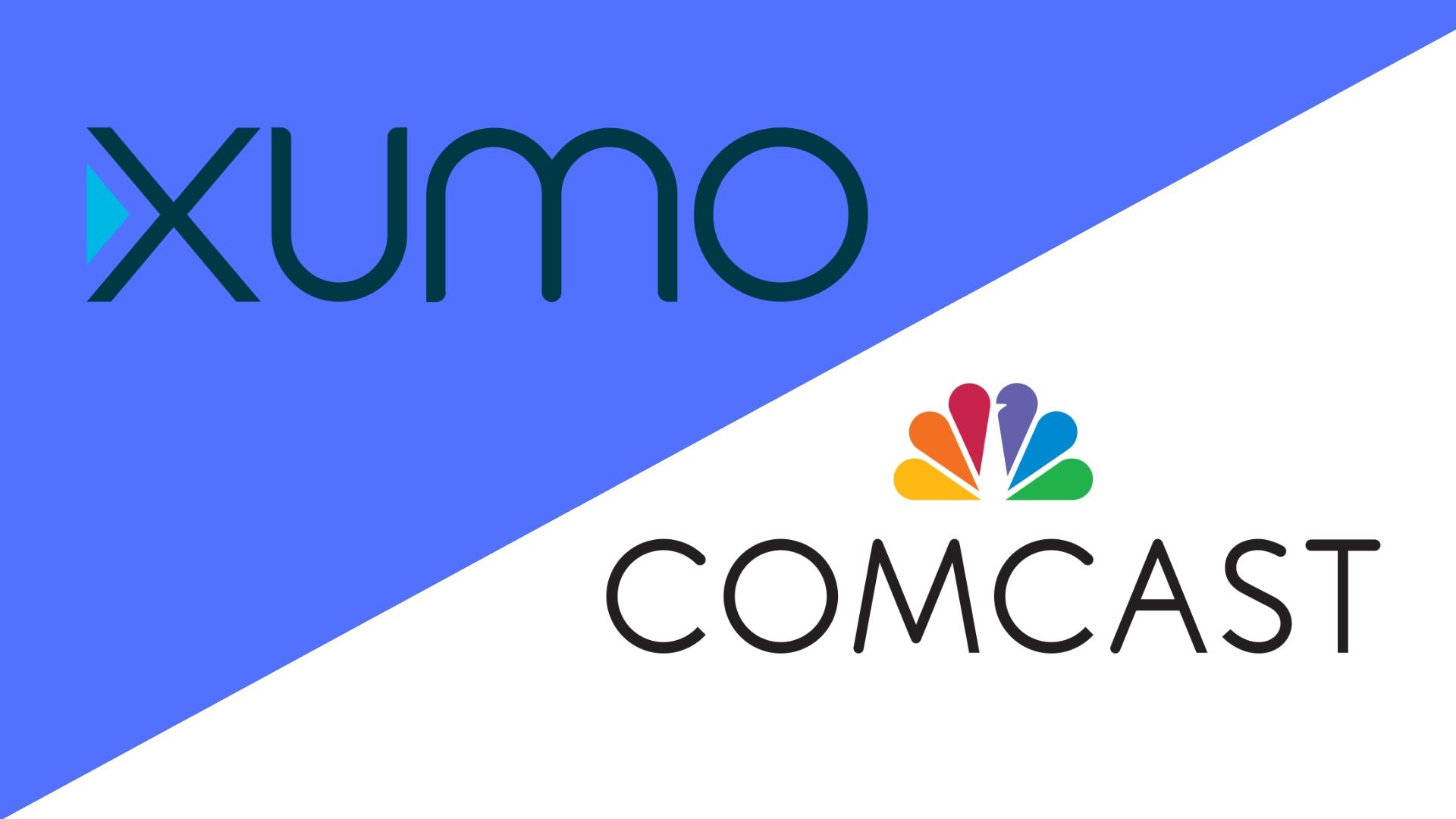 Comcast has acquired Xumo, the free, ad-supported VOD platform that began as a joint venture under Panasonic and Meredith Corp., for about $100 million, per CNBC. The deal follows reports in December that Comcast was in advanced talks to buy the service as well as news last Friday that it was interested in Walmart-owned Vudu, which offers both ad-supported on-demand video and rentals. If Comcast also proceeds with a Vudu acquisition, its arsenal of ad-supported streaming video platforms would round out to three, including the forthcoming Peacock. As a pure-play AVOD, Xumo is a minor player among minor and largely undifferentiated players, which could limit its direct appeal to advertisers: Xumo attracts a relatively small audience among the broader field of pure-play AVOD services. Compared with the more dominant pure-play AVOD platforms like Tubi (with 25 million monthly active users) and Pluto TV (22 million), Xumo has about 10 million monthly active users. And just 6% of US AVOD users use Xumo, compared with nearly half (47%) of US AVOD users who use the ad-supported version of Hulu, 30% who use Roku, and 27% who use Pluto TV, per Activate. And Xumo isn’t special compared with other AVOD services. Theoretically, Comcast could enhance Xumo similar to how ViacomCBS has done with Pluto, by adding more channels based on familiar IP. But as it stands, Xumo and most free AVODs remain largely undifferentiated from one another. That’s reportedly led ad buyers to lump them in with connected-TV ad buys as “generic inventory sources” that one ad buyer likened to “store-brand stuff” at a grocery story, per Digiday…More

Comcast Corp.’s NBCUniversal is launching a new streaming advertising business for its local TV stations group as viewers and advertisers continue to shift to internet-connected programming. The new business, called NBC Spot On, is a part of NBCUniversal Owned Television Stations, which includes 42 NBC and Telemundo local stations and their subsidiary digital businesses in 33 markets, a regional news network and other TV and digital businesses. Together, the local TV stations are available in 38% of U.S. homes and Puerto Rico, according to the group. The launch of Spot On comes as NBCUniversal’s local TV stations saw advertisers shifting part of their budgets out of the local spot TV advertising market and into streaming TV, said Frank Comerford, chief revenue officer and president of commercial operations for NBCUniversal Owned Television Stations. Ad agencies have shifted as much as 10% of their local TV budgets to local streaming TV, Mr. Comerford said. That doesn’t include advertising by local businesses buying directly. “We don’t want to just compete for our share of a declining pie,” Mr. Comerford said. “We want to make sure we are able to cover the total local marketplace.” Local advertising inventory offered by NBC Spot On will cover every regional market in the U.S., said Shawn Makhijani, senior vice president of NBC Spot On and business development and strategy for the owned stations division. It will include streaming commercial time on NBCUniversal’s own apps as well as inventory purchased from other video programmers on other streaming apps, channels and services. In total, the company said it would offer hundreds of millions of monthly impressions. The TV stations group won’t be selling any inventory on Peacock, NBCUniversal’s coming streaming service, in its first year because its ad time is already sold out, said a person familiar with the matter…More

The annual year end report from the RIAA (Recording Industry Association of America) has been released, revealing that paid subscriptions to on-demand streaming services jumped a whopping 25 percent over the past year. That’s especially noteworthy considering the report also says that streaming consumption increased incrementally in comparison, from 75 percent to 79 percent over the past year. People clearly favor listening to music via streaming, which isn’t a surprise anymore as services like Apple Music, Spotify, and Amazon Music boast hundreds of millions of subscribers combined. Getting people to convert from free subscriptions to paid subscriptions has previously been a constant thorn in services’ sides, but they’ve added more robust offerings in recent years like podcasts, music videos, and lyrics to make the monthly fee more attractive. Per comments by RIAA CEO and chairman Mitch Glazier, “paid streaming services added an average of more than 1 million new subscriptions per month, as the total number of paid subscribers in the US topped 60 million.” That jump in paid subscriptions accounted for 93 percent of streaming revenue growth in 2019, equating to about $1.4 billion in revenue. As streaming revenue goes up, other sectors are predictably continuing a downward trend. Revenues from digitally downloaded music is down 18 percent, while revenues from physical products dropped 0.6 percent. That might seem like a negligible dip in the physical category, until the numbers are broken down. Sales of many physical products, like CDs and DVD audio, fell a great deal, but that’s offset by a 19 percent increase in vinyl sales. This marks 14 years of consistent growth for vinyl, although it still only represents 4.5 percent of the category’s total revenue…More

Why Disney+ Has Already Won the Streaming War in India

In late 2019, Walt Disney (NYSE:DIS) launched its streaming service, Disney+. Driven by the company’s impressive content portfolio, Disney+ is off to a blazing start. By the end of 2019, Disney+ paid subscribers stood at 26.5 million, and this figure rose to 28.6 million at the start of February 2020. The Disney+ subscription is priced at $6.99 per month  or $69.99 per year. The streaming war has intensified over the past few months, with Apple (NASDAQ:AAPL) and Disney fighting for streaming market share with more established players including Netflix (NASDAQ:AMZN) and Amazon (NASDAQ:AMZN). While North American markets remain critical for most streaming players, it is emerging markets such as India that will drive the next wave of subscriber growth. Though Netflix and Amazon Prime Video are popular in India, they account for 26% and 5%, respectively, of the country’s streaming market, according to a report from Business Today. The leading streaming platform in India is Hotstar, with a share of 41%. Disney owns Hotstar, which is part of Star India and became a part of Disney with its acquisition of Fox assets. Disney+ will launch in India on March 29, 2020, and Hotstar will be rebranded as Disney+ Hotstar post-launch. One reason why Hotstar is the leading streaming player in India is its rich content portfolio. It has the rights to popular shows such as Game of Thrones, Friends, The Big Bang Theory, and Modern Family. These shows have a massive fan base in the country. Hotstar has a vast portfolio of regional movie content with a network of 61 channels in nine local languages. However, the primary driver for Hotstar’s popularity is its access to India’s favorite pastime, which is cricket. Hotstar has the online rights to the Indian Premier League (IPL), a tournament played annually and with growing viewership. In 2019, the finals of the IPL were watched by 411 million people. Further, Hotstar has online rights for every cricket match played by India at home and every global cricket international tournament, including the World Cups…More

VOD service Rakuten TV is making a push into kids content for the first time with the new AVOD channel Kids TV. The free TV channel is available on the online service in 42 European countries, including Spain, France, Germany, Italy and the UK. Launched February 20, Kids TV is for two to 10s, and has 100 episodes of animated content, including Aardman’s Shaun the Sheep, Millimages’ Molang and Motion Pictures Glumpers. It also features educational content focused on teaching kids English, such as Aardman’s Learning Time with Timmy and Lingokids Song for Kids. Its offerings are focused on preschoolers at the moment, but Rakuten is interested in titles that also skew older, according a spokesperson for the company. Rakuten is launching a kids channel to draw in eyeballs during the streaming wars, according a statement from the company. The family friendly shows are its way to meet a wider demand of possible consumer needs. Originally named Wuaki.tv, was acquired in 2012 by Japanese e-commerce conglom Rakuten and rebranded. The VOD service has been rapidly expanding in the last year to compete against global streamers such as Netflix, and in recent months it’s added a sports platform, a movies channel and a channel for its own original content…More