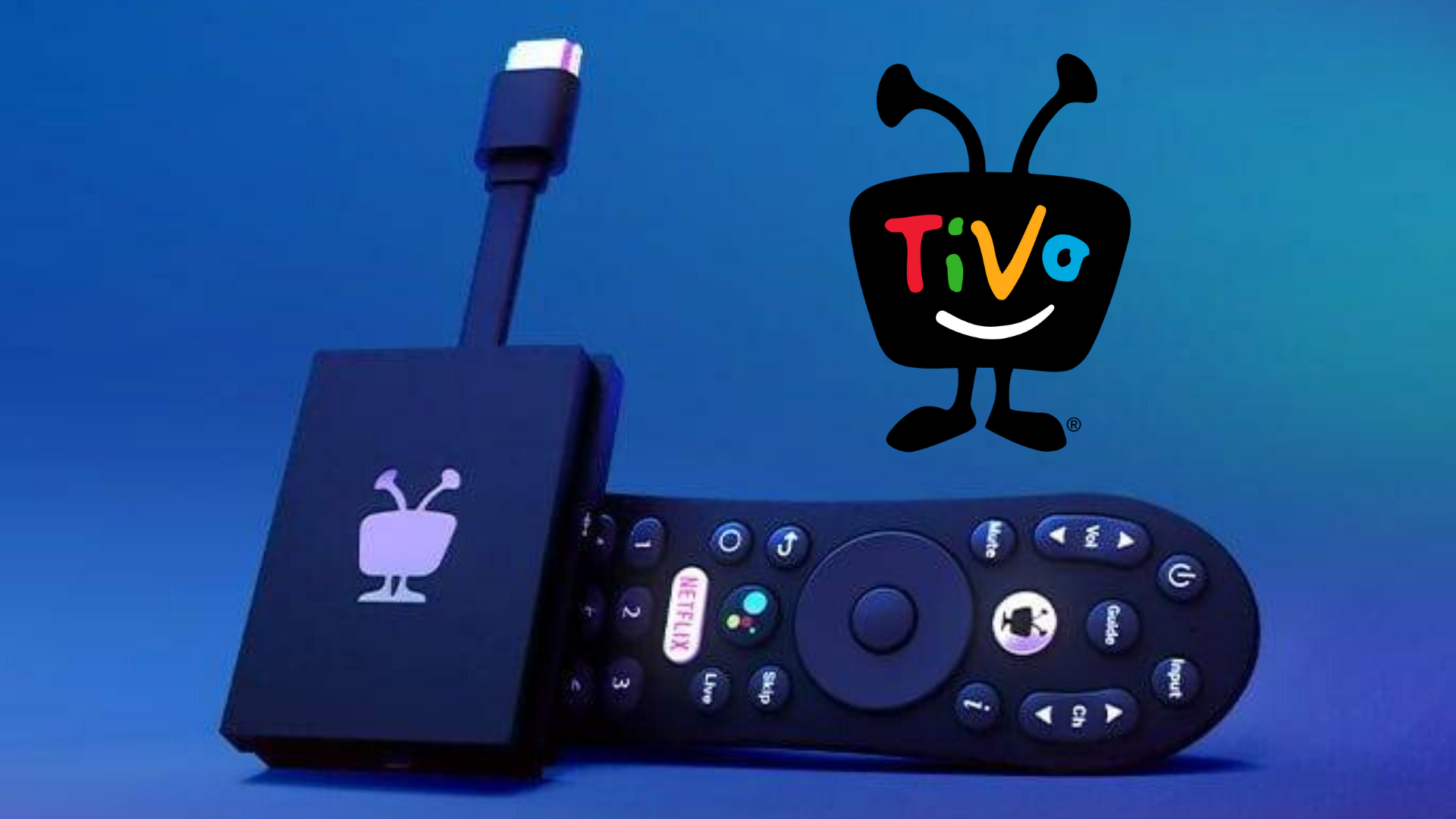 TiVo’s Stream 4K, the company’s new attempt to compete with Roku and Amazon’s streaming devices, is now available. The small dongle looks a lot like a rectangular Chromecast, runs on Android TV, and supports Dolby Vision HDR and Dolby Atmos. It costs $70 normally, but until May 27th, TiVo is selling it for $50. Announced back at CES 2020, the Stream 4K is a little different from TiVo’s traditional DVR players. Instead of receiving a live TV feed over cable or an antenna, it’s designed to stream TV over the internet via a partnership with Sling TV. That means there are no TiVo service fees to worry about here. Instead, you’ll need a Sling TV subscription, which costs between $30 and $45 a month. The TiVo Stream 4K has a range of features that will be familiar to anyone who’s used a streaming device in recent years. It plugs into the back of your TV using HDMI, and you power it over Micro USB. Android TV gives you access to the Google Play Store to download apps, and you can also use voice search or access Google Assistant via its remote. Finally, there’s its built-in TiVo Plus service, which — similar to the Roku Channel — offers access to free movies, TV shows, and 49 streaming channels. If you’ve liked TiVo’s traditional “peanut” remote in the past, then you’ll be happy to know that a smaller version comes with the Stream 4K. After TiVo focused on the DVR market for so long, it now feels like it’s making a serious effort to catch up to the cord-cutting trend with the Stream 4K. The tricky part will be proving that it can be competitive despite its regular price being higher than the Amazon Fire TV Stick 4K ($50) or the Roku Streaming Stick Plus (also $50)…More

Media company ViacomCBS Inc on Thursday beat first-quarter revenue and profit estimates, as higher demand for its streaming services from people hunkered down at home more than offset a drop in advertising revenue due to the COVID-19 crisis. The jump echoes the growth of streaming service Netflix Inc that also posted a strong net subscriber addition in the quarter. ViacomCBS, which produces content for other streaming services in addition to distributing its own films and TV shows, has been preparing to launch a new streaming service that will build on CBS All Access. ViacomCBS in March withdrew its forecast for the year, warning a hit from the damages caused by the virus, but reaffirmed its goal of exiting 2020 with 16 million domestic streaming subscribers. Revenue fell 6.1% to $6.67 billion in the quarter ended March 31, but beat the average analyst estimate of $6.59 billion, according to IBES data from Refinitiv. Advertising revenue for the company fell 19% to $2.48 billion, while revenue from domestic streaming and digital video jumped 51% to $471 million. ViacomCBS said the fees it collected from cable and satellite operators rose 1.5% to $2.2 billion. Adjusted earnings came in at $1.13 per share, beating analysts’ expectations of $0.96 per share, according to IBES data from Refinitiv. The company reported a net income of $516 million, or 84 cents per share, compared with $1.96 billion, or $3.18 per…More

PewDiePie, whose real name is Felix Kjellberg, is YouTube’s biggest independent video-maker with more than 104 million subscribers. But he signed an exclusive deal with rival platform Dlive in 2019. Mr Kjellberg said returning to YouTube was a “natural fit” as he looked for new ways to connect with fans. The 30-year-old Swedish video-maker began posting videos on YouTube in 2010. He found success playing and commenting on video games, posting daily videos for several years. But in 2019, he announced he would no longer be live-streaming on YouTube and would instead move to Dlive, which promised better financial returns for its content creators. He gained 822,000 followers on the new platform. In January 2020, PewDiePie took a short break from making YouTube videos because he was “feeling very tired”, but he continued posting his regular videos on YouTube after his break.The big video-streaming giants have been battling to secure exclusive deals with popular video-makers. Earlier this year, YouTube signed gamers Valkyrae, Muselk and LazarBeam to its platform. In a statement, PewDiePie said new features played a part in his decision to return to live-streaming on YouTube. “Live-streaming is something I’m focusing a lot on in 2020 and beyond, so to be able to partner with YouTube and be at the forefront of new product features is special and exciting for the future,” he said…More

A number of clever people have already hypothesized over whether the COVID-19 pandemic will accelerate the transition of consumers from buying physical media to committing more readily to streaming platforms. There was no conclusive evidence of that trend in Warner Music Group’s calendar Q1 (fiscal Q2) 2020 numbers, issued today (May 7) – but there was plenty of food for thought. WMG’s recorded music revenues in the three months to end of March were down 2.8% year-on-year, or down 1.5% at constant currency, to $907m. Streaming revenues grew 11% YoY to $586m, up by $49m on the equivalent figure from calendar Q1 2019 ($537m). This streaming growth, though, was not enough to offset revenue declines in other key areas of Warner’s recorded music business. WMG said the dip in its recorded music revenues was “primarily due a lighter release schedule, some COVID-related business disruption and foreign exchange rates in the current quarter and the one-time impact of a digital streaming license in the prior-year quarter”. The biggest impact on WMG’s quarter came in terms of physical music sales, which fell by 27.7% – or by $36m – to $94m. Warner’s biggest recorded music artists in calendar Q1 2020 leaned towards a streaming audience: Roddy Ricch (pictured), Tones And I, Lizzo and Ed Sheeran. In the prior-year quarter, Warner’s biggest sellers included the likes of The Greatest Showman OST…More

Disney”s video on-demand streaming service Disney Plus (Disney+) has garnered 54.5 million subscribers worldwide, up 21 million from the 33.5 million it last reported on March 28. Disney”s significant growth earlier this year came from launches of the service in the UK, Ireland, Germany, Italy, Spain, Austria, France, Switzerland, and India, the company disclosed during its quarterly earnings call. Back in February, Disney+ was estimated to have 28.6 million paid subscribers. The new numbers indicate that Disney+ is on its way to double the base in just about three months. Disney+ originally set a target of 60 million to 90 million subscribers by the end of fiscal 2024, when it was first launched in the US in November. Disney on April 3 launched Disney Plus (Disney+) in India via Hotstar, a popular on-demand video platform, at a starting price of Rs 399 a year. Disney+ Hotstar, the rebranded streaming service in India, has approximately 8 million paid subscribers, the company reported last month. Meanwhile, Netflix also added 15.77 million subscribers to its tally during the last quarter, taking its overall subscriber base to 182.9 million globally…More