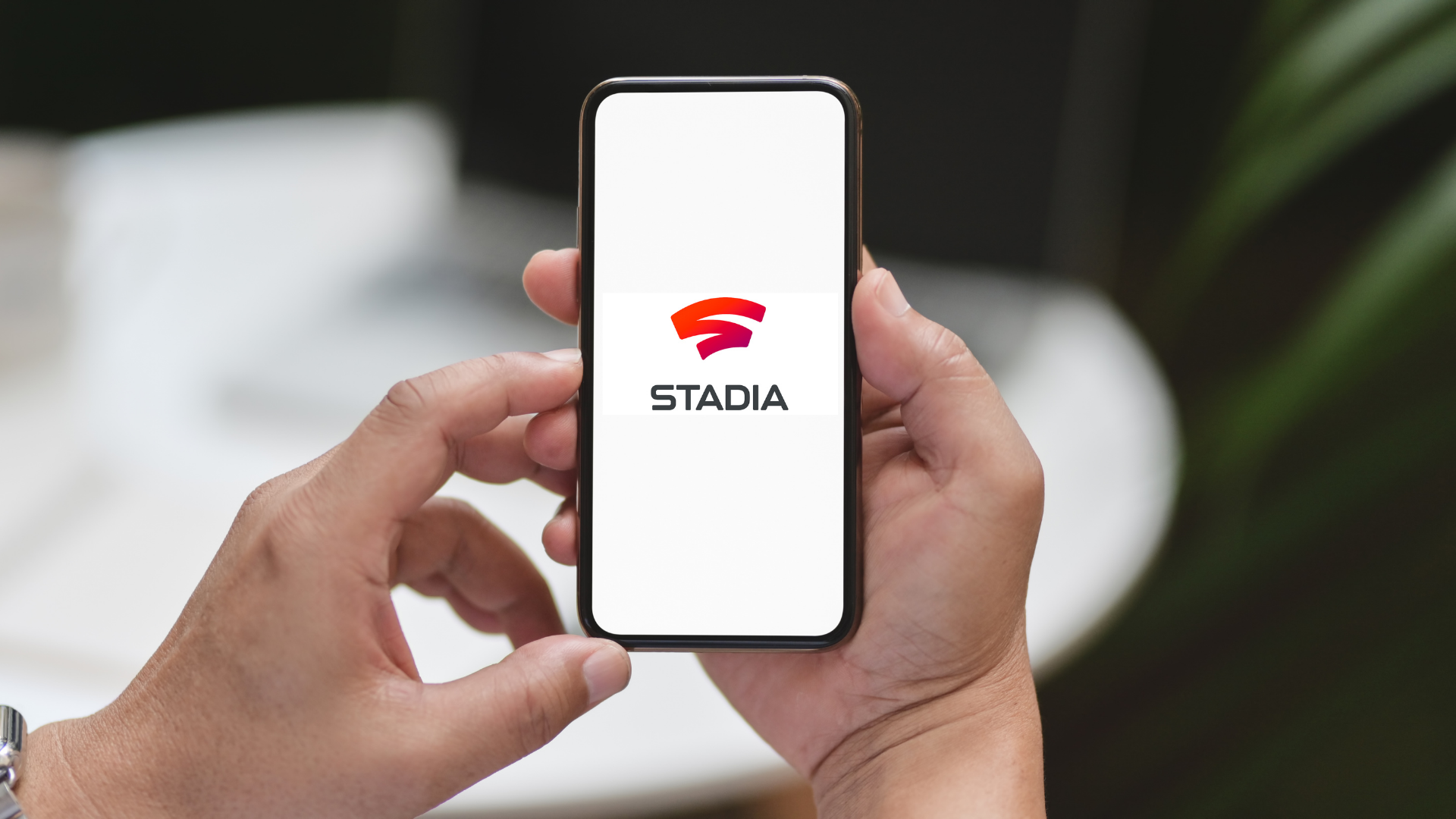 Google’s game-streaming service Stadia coming to iPhone, Streaming Will Soar In 2021 and other top news

Google said on Thursday that its Stadia game-streaming service will launch for the iPhone in the coming weeks. Stadia has been limited to Android phones, computers and TVs, since Apple’s strict App Store rules prevented it from launching for iPhones. Game streaming isn’t terribly popular now, but lots of big tech companies — including Microsoft, Facebook, Amazon, and Nvidia — are making bets that it’s the future, or part of the future, of video gaming. The idea is that you don’t need to buy an expensive gaming PC or game console to play the best games, and instead can stream them from anywhere to your phone, tablet, computer or TV. You pick games like you might pick a movie in Netflix, and then start playing them. Google will take a similar strategy to services like Amazon Luna and Nvidia GeForce Now, by running the games through the iPhone’s Safari web browser. That means each game doesn’t have to be individually approved and published to the App Store, as otherwise required by Apple’s rules. Stadia is a bit different than the other services, however. Instead of offering a library of games for a monthly fee, Stadia also lets you pay full price for each game and then play it without paying a subscription fee. Players who subscribe to Stadia Pro for $10 per month get higher quality streams and a rotating selection of free games…More

The year 2020 threw everything it had at us. But the time for playing defense is over. In 2021, it’s time to switch to offense. That doesn’t mean going back to normal, because normal doesn’t exist anymore—and the critical shifts are about far more than COVID-19. And 2021 won’t be like years in the past, where you could just open last year’s plan and “file save as” with a few modest tweaks. If there was ever a “file create new” moment, this is it. Two major shifts have become so normal that it’s easy to forget how utterly extraordinary they are. First, our entire existence is now online. The ad-supported internet has been keeping the world connected, working and in touch with family and friends. This impacts everything: entertainment and communication, news and information, workspaces and personal spaces, retail and consumer experiences. And being digital citizens comes with responsibilities as well obligations. Second, the leap to a fully digital species has accelerated the rise of disruptive, direct-to-consumer brands. The way brands are born, thrive and die is being fundamentally changed. How people discover brands, how loyalty is built, where and how advertising happens and where and how people buy are all changing. Although we need to be ready for anything in 2021, I make these 10 predictions for the new year: 2021 will be the year of first-party data. Preparing for a world with no cookies or third-party identifiers has gone from hugely important to red-alert urgent. The smartest publishers, agencies and brands in the industry are racing to build first-party data capabilities. Those who take a wait-and-see approach might find they don’t have a 2022 to plan for…More

Disney’s 3 streaming services jumped into the US top 5

Disney’s bumper launch of Disney Plus in the last year has helped all three of the company’s streaming services — Hulu, Disney Plus and ESPN Plus — to rank in the top-five most popular US streaming-video subscriptions, according to estimates from researcher Parks Associates Wednesday. Netflix and Amazon Prime Video continue to hold court as No. 1 and No. 2 on the list, respectively. But Hulu, Disney Plus and ESPN Plus round out the top five, according to Parks’ latest ranking of the biggest over-the-top subscriptions services in the US through the end of September. Disney Plus’ launch was already widely regarded as one of the strongest rollouts ever in the streaming-video market. Among the raft of newer services that’ve launched in the last year — including Apple TV Plus, HBO Max and Peacock — Disney Plus has emerged as the clear front-runner by subscribers. Disney Plus has grown to 73.7 million subscribers as of Oct. 3, the company said last week as it reported earnings. Disney also introduced a three-way bundle lumping all of its streaming services together for $13 a month last year, helping piggyback ESPN Plus on Disney Plus’ popularity. (Hulu has consistently been No. 3 in Parks’ ranking.) Notably, Apple TV Plus, which launched the week before Disney Plus did last year, hit No. 8 in Parks’ annual ranking. Apple has never divulged subscriber numbers for its streaming service, making its popularity a bit of a mystery. Apple also offered unusually generous free trials lasting a year or more to anyone who’s bought an Apple device since September 2019, meaning many of Apple’s subscribers have likely never paid for the service…More

Baidu to acquire Joyy’s Chinese live-streaming service YY for $3.6B

Baidu  said on Monday it is acquiring Joyy’s live-streaming service YY Live in China for $3.6 billion in an all-cash deal as the Chinese internet giant makes a further push to diversify beyond its core search business and play catch-up in video entertainment. The announcement, which Baidu shared on the sidelines of its quarterly earnings, is the Chinese firm’s biggest foray into video streaming. YY today is only selling its China business to Baidu. The closing of the transaction is subject to certain conditions and is currently expected to occur in the first half of 2021, Baidu said. The deal comes at a time the search giant has been struggling to fight newcomers such as ByteDance,  who has been eating away at its online advertising dominance as Chinese users allocate more attention to algorithm-driven content recommendation apps. Meanwhile, the sale allows Joyy to further focus on overseas growth as its home market becomes saturated with video giants like Kuaishou and TikTok  sister Douyin. Joyy, regarded as the pioneer in China’s live streaming industry, has amassed more than 4 million paying subscribers who watch influencers perform and sell a range of items on the video app. Joyy last year completed a buyout worth $1.45 billion of Bigo, a project started by its own founder on the side to test the overseas market. Bigo operates streaming app Bigo Live and short video app Likee, which both have massive followings outside China but were recently banned by the Indian government as border tensions between India and China flared up…More

Netflix for Android is preparing to add a sleep timer feature, letting users automatically stop the video playback after a set time limit. We discovered the evidence of the new feature in the latest version of Netflix, which recently rolled out on Android. We decoded the v7.82.1 APK and found a new string in the app’s resources. However, we could not find any related assets, such as layouts or images, nor could we find any related code in the Netflix 7.82.1 APK. Still, the string suggests that Netflix will add a sleep timer button to the video player UI. Presumably, this will let you set a timer, after which Netflix will stop playing. This will be quite useful if you want to watch for a set amount of time while trying to fall asleep without having Netflix continue to show you content after you have fallen asleep (and thus mess up your watch progress.) Currently, Netflix does occasionally check if you’re actually still watching by showing a “are you still watching” dialog, but you can’t control when that appears. Netflix also lets you disable the autoplay feature to prevent continuous playback of episodes in case you fall asleep or are not paying attention. It’s easy to lose track of time while watching your favorite show and end up spending your precious sleeping hours binge-watching episode after episode. In this context, the sleep timer can also serve as a reminder to encourage people to not stay up late into the night. Apart from the sleep timer, Netflix is also working on an audio-only mode, meaning it will be possible for users to fall asleep listening to their favorite show or a movie once these features roll out to the public. We aren’t sure exactly when Netflix plans to incorporate sleep timer into the app, but it likely won’t be coming anytime soon, given that the feature is still at a very nascent stage. We’ll keep a close eye on the feature and keep you posted on further developments…More