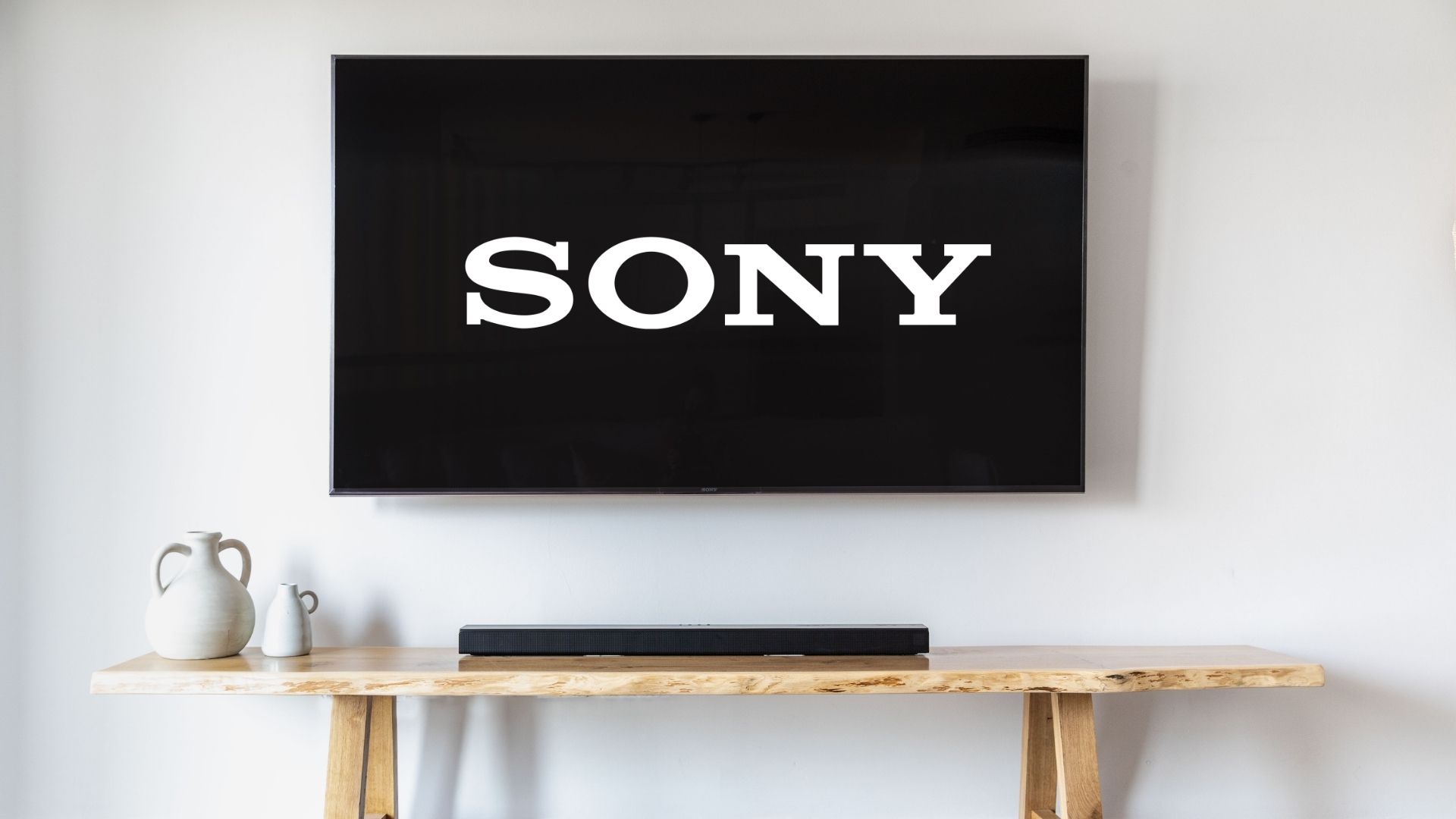 Sony is launching a streaming service exclusive to its high-end Bravia TVs, Disney+ is the most downloaded VOD app in U.S. and other top news

Sony is bundling its new Bravia Core streaming service into purchases of 2021 Bravia XR TVs. The service streams at up to 80Mbps and lossless 4K UHD resolution, provided you’ve got the bandwidth to support it. To be clear, the streaming service is only available to those with a brand new TV from Sony’s Bravia XR line, which Sony bills as the “world’s first TVs with cognitive intelligence.” You can check out more on that here, but essentially the TVs tweak the image somewhat in an effort to better replicate how we humans see the real world. Anyway, Bravia Core will come with hundreds of classic Sony movies and new box office hits, from the original Ghostbusters to last year’s Bloodshot starring Vin Diesel. Subscribers will also have access to the largest IMAX Enhanced catalog of any current streaming service. Better yet, the service includes extra scenes, interviews, and behind-the-scenes footage so you can dig deeper into your favorite movies.Sony’s flagship collection of new Bravia XR 4K and 8K TVs is launching later this year, with pricing details coming sometime this Spring. Premium models get two years of Bravo Core and 10 credits to redeem for movies fresh off their theatrical runs, while some of the more affordable options include only 12 months and 5 credits…More

Disney+ is the most downloaded VOD app in U.S.

While Netflix still reigns supreme as the most downloaded entertainment and VOD app of 2020 worldwide, Disney+ managed to steal the crown in America. According to data collected by Apptopia, Disney+ acquired 45.2 million mobile downloads while Netflix acquired 44.7 million, a small but notable margin given the short history of Disney+. Disney+ was also one of the highest grossing apps in the U.S. The app took in $201 million in the U.S. last year, good enough to put it in third place behind YouTube and Tinder. Launched in 2019, Disney+ made a big splash in the streaming wars by drawing 10 million sign-ups on its first day, crashing the website. Barely a year later, the House of Mouse has managed to keep the momentum going, growing to 86.8 million subscribers and projecting to have between 230 million and 260 million total paid subscribers by the end of fiscal year 2024. Currently, Netflix is accessible in more regional territories compared to Disney+. Once Disney+ expands into more countries it could close the gap in worldwide downloads. Most recently, Disney+ launched in eight more countries in Europe: Portugal, Norway, Denmark, Sweden, Finland, Iceland, Belgium and Luxembourg. Behind the scenes, the entertainment giant has been undergoing a lot: an overhaul of its media and entertainment divisions to primarily focus on streaming, a new head of content acquisitions, the crippling of theatrical business due to the COVID-19 pandemic and the subsequent postponement of major releases like “Mulan,” “Soul,” and the upcoming “WandaVision.”…More

Video-streaming device maker Roku Inc said on Friday it had acquired the global distribution rights to Quibi’s content library, nearly three months after the short-form video streaming app was shut down following an unsuccessful run. Financial terms of the deal were not disclosed. Roku, popularly known for its devices used to stream services such as Netflix and Amazon Prime Video, is pushing aggressively into content with its own app, Roku Channel, that offers films and shows produced by other companies. More than 75 shows and documentaries on Quibi will be available this year on Roku’s free, ad-supported channel. The Quibi deal marks the company’s entry into the crowded market of original content production. Quibi, which announced its closure in October, featured original films and TV shows on its platform, starring Liam Hemsworth, Sophie Turner and Kristen Bell. Some popular titles include “#FreeRayshawn”, “Survive”, “Thanks a Million” and “Flipped”. Roku said that following an internal restructuring by Quibi, Roku acquired Quibi Holdings LLC, the company that holds all of Quibi’s content distribution rights…More

AT&T TV Now, the telecom and media giant’s streaming service, is going away. On Tuesday, AT&T announced that it would be “merging” TV Now with AT&T TV, its cable and satellite alternative that also streams live TV over the internet but previously required having at least one of AT&T’s dedicated streaming boxes. As part of the merger, AT&T is also removing the requirement that AT&T TV customers use at least one of its streaming boxes, called AT&T TV Stream boxes, and it is also getting rid of AT&T TV’s mandatory contract. From now on, AT&T TV will be month-to-month, just like AT&T TV Now. AT&T says that current contracts will remain in effect, but once they expire, customers can move to a month-to-month payment option. If you’re on an AT&T TV trial you can switch to a noncontract plan without paying an early termination fee. AT&T TV’s noncontract packages start at $70 per month for a base Entertainment package that includes ESPN, CNN and FX, as well as local broadcast channels and 20 hours of cloud DVR. An additional $10 per month boosts the DVR storage to 500 hours per month. Regional sports are included starting in the Choice package, which runs $85 per month without a contract and includes a year of HBO Max and NBA League Pass Premium. Those who aren’t afraid of commitment can still sign up for a two-year contract, which lowers the Entertainment package’s first-year price to $60 per month for the first year, before it jumps to $93 per month in the second. Choice users would see the price drop from $85 per month to $65 per month for the first year of the two-year contract, but the second year would jack the price back up to $110 per month. Those with Choice on a two-year contract would also be on the hook for paying an additional $8.49 per month as a “regional sports fee” for two years…More

The stimulus bill includes significant changes to copyright law and enforcement, the Biden administration may have to build a presidential Twitter following from scratch and we round up the startups that shut down this year. While we wrote several stories yesterday about the tech implications of the new stimulus bill (and highlighted it in yesterday’s Daily Crunch), more details are emerging — like the fact that it will make illegal streaming for profit a felony, punishable by fines or up to 10 years of imprisonment. The language of the bill seems to focus on commercial piracy services, rather than individuals or Twitch streamers — a point that one of its sponsors, Senator Thom Tillis, emphasized in a statement, claiming that “no individual streamer has to worry about the fear of prosecution.” On the copyright front, the bill also creates a new Copyright Claims Board to handle copyright infringement claims of up to $30,000. Google, Cisco and VMware join Microsoft to oppose NSO Group in WhatsApp spyware case — A coalition of companies have filed an amicus brief in support of a legal case brought by WhatsApp accusing NSO Group of using an undisclosed vulnerability to hack into at least 1,400 devices. Twitter’s POTUS account will reportedly be reset to zero followers when Biden takes over — Twitter, meanwhile, says it has “been in ongoing discussions with the Biden transition team on a number of aspects related to White House account transfers.”…More