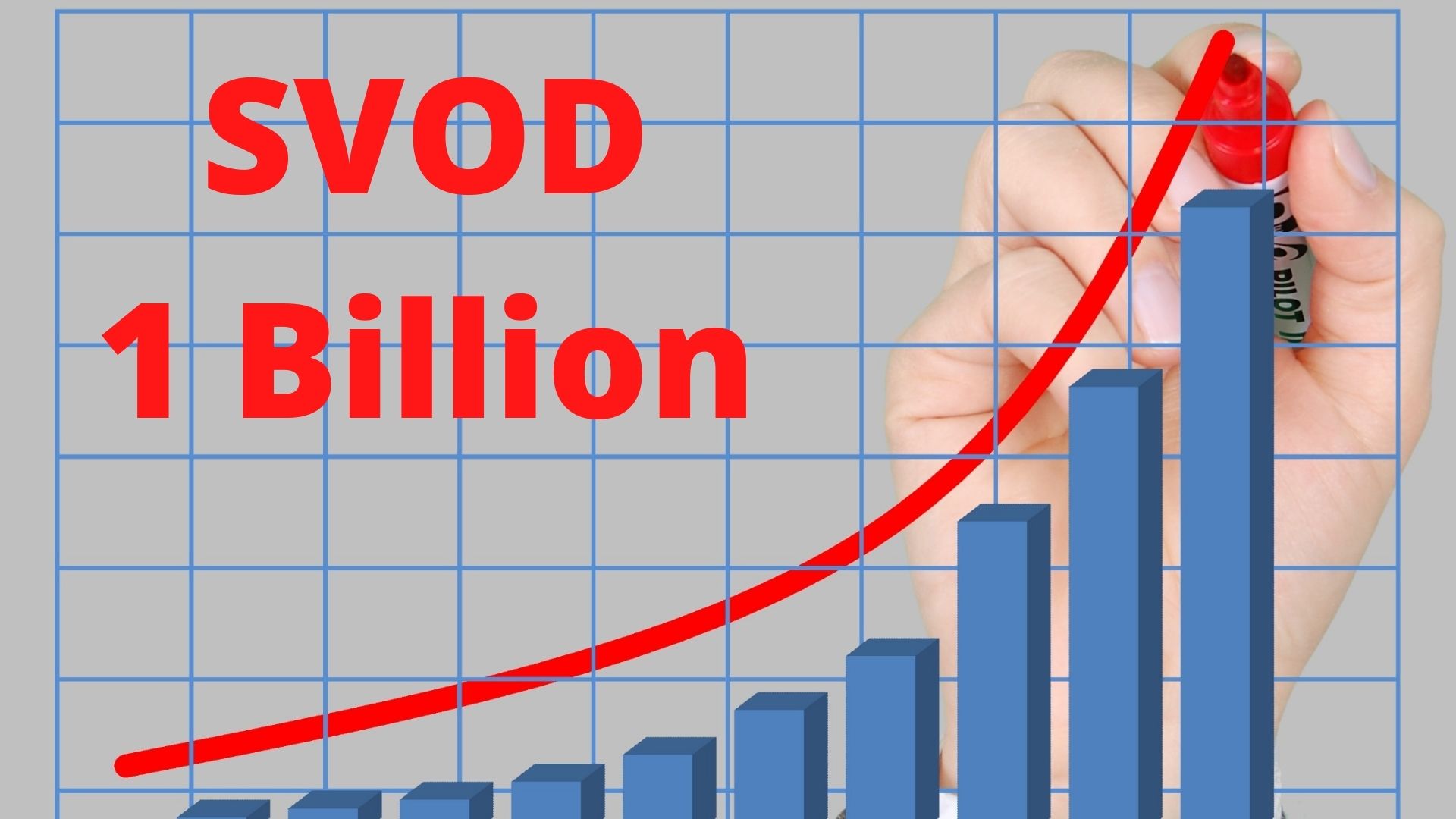 The future of content streaming across Africa and the Middle East, Global Streaming Subscriptions Pass 1 Billion & Other Top News

The future of content streaming across Africa and the Middle East

Despite challenges of internet access, sufficient data and internet download speeds, revenues generated from subscription video-on-demand service (SVOD) across Africa and the Middle East are set to triple between 2018 and 2023 on the back of partnerships with regional telephone service providers and aggregator platforms.

As we approach a point where the volume and choice of over-the-top (OTT) media services is threatening to overwhelm audiences, the ease of access to these services will take centre stage. Viewers are looking for the quickest and easiest way to access content, be it on television or on smart device screens. In a world of instant gratification, they don’t want to wait for buffering, technical difficulties or connection issues. This will be the biggest differentiator between OTT services across the region.

The video streaming space is not a winner-takes-all kind of game. Audiences are often willing to subscribe to more than one service to access the content they want, when they want. While Netflix, Amazon Prime and Showmax, among others, predominantly focus on drama and scripted content, there’s an increasing demand for captivating real-life entertainment that fuels people’s passions, is thought-provoking and relatable, and allows for easy-family viewing. Streaming services that ‘hero’ unique and exclusive content will become complementary services as part of a greater viewing bundle, rather than being seen as a separate product.…More

A good chunk of people around the world reacted to a year of stay-at-home and quarantine orders by signing up for streaming services, resulting in the total number of online video subscriptions jumping to 1.1 billion at the end of 2020, according to the Motion Picture Association’s annual THEME report.

MPA’s categorization of online video subscriptions specifically refers to streaming services, like Netflix and Disney+. In 2020, 232.1 million new subscriptions were added across the world, a 26% increase from 2019. Meanwhile, cable subscriptions decreased by 2% in 2020, dropping to 530.7 million globally.

Users can access local news for their area through the Local News tab within the Fire TV news app. Fire TV will automatically detect the closest metro area and add the local news station(s) within the tab. Users can also access the app with the included Alexa Voice Remote or with Fire TV Cube. Amazon’s news app is a free, customizable news aggregator that is supported with advertising.

“Local news helps our customers stay connected to important issues and updates within their communities,” said Charlotte Maines, Director of Amazon Fire TV. “In the last year especially, local news has been incredibly helpful in an uncertain environment and our viewers continue to ask for more news options. This expansion will bring a truly local experience to both Fire TV and the streaming industry.” …..More

To retain their competitive edge and increase market share, many companies are looking for ways to achieve faster and more intelligent data analysis. This has become even more important with the increased demand for digitization and automation to confront the realities of the ongoing pandemic and the anticipant needs of a post-coronavirus world.

88 percent of enterprise respondents to a Forrester survey expressed the need to perform real-time analytics on stored streamed data while over 70 percent stated that they are using or plan to use machine learning with streamed data.

As such, data scientists today need better tools to extract more value from streamed data at less cost and complexity. They require access to a full-fledged development environment with built-in fully-integrated support for tools that facilitate seamless development, training, management, and deployment of ML models with streamed data.  This has become a coveted part of MLOps (machine learning operationalization)…More

Chances are pretty good that if you listen to music these days, you do it using a streaming service like Pandora, Spotify, or Apple music. Sometimes you’ll pay a monthly subscription fee to stream all you want, or sometimes you’ll just pay by listening to ads between songs.

Either way, in theory those companies will use that subscription or ad money to cover their costs, and then they will pay the people who actually made the songs that we’re all streaming: the performers, of course, but more importantly for the purposes of our story, the people who created the copyrightable intellectual property at the center of a song: the songwriters.

But as it turns it, many of those songwriters have actually not yet been paid for all those sweet tunes we’ve been streaming non-stop. Last month, news broke that 20 of the largest music streaming platforms had been sitting on no less than $424 million in so-called “unmatched royalties”. That’s money that they had collected but didn’t know whom to pay….More