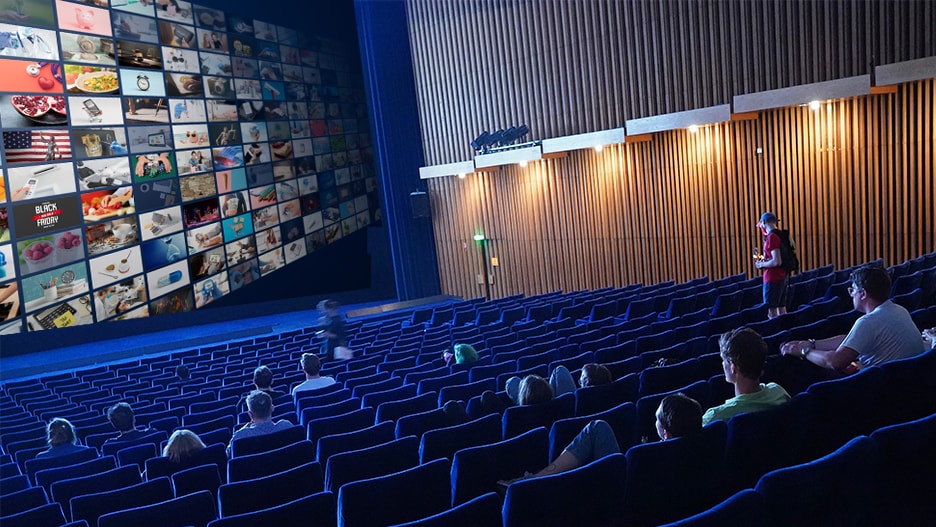 How OTT will be the new advertising platform for advertisers to reach their consumers, Why Movie Theaters Are Getting Into the Streaming Game, and other top news

In the coming months, we will witness advertisers taking a hybrid approach comprising of mass marketing using traditional channels as well as a hyper localised and targeted marketing using digital mediums such as OTT. As with many industries, technology has played a key role for advertisers to leverage the OTT platform and the pandemic further accelerated this phenomenon. During lockdown amidst concerns around adequate social distancing, TV show productions were halted, and cinemas were shut down. While there was decline in the overall revenues for the Indian M&E (Media & Entertainment) sector, the digital and online gaming witnessed growth. The digital media spends overtook print and online gaming overtook filmed entertainment; this acted as a cue for advertisers to increase their spends on OTT platforms. While television remained the largest segment, advertising on television took a significant hit as ad volumes severely dipped during the lockdown. The digital advertising remained stable, with traditional advertisers increasing their spending on digital channels. Here are a couple of key trends that have led to advertisers increasingly choosing OTT platforms…More

Why Movie Theaters Are Getting Into the Streaming Game

Regional chain Southern Theatres has become the latest company to attach a premium streaming service to its loyalty program. Amid the hard work of reopening after the pandemic, some movie theater chains are venturing into the streaming business — but not to compete with Netflix and the other titans of the home entertainment industry. Instead, chains like AMC, Alamo Drafthouse and most recently Southern Theatres are using in-house premium on-demand platforms to develop their already-existing customer base and to gather data to fine-tune their marketing strategies. Daniel Loria, editor of Boxoffice, believes that it’s a trend that should have happened a long time ago. “This push towards e-commerce and customer data is something we’re finally starting to see in U.S. theaters but is something that really should have started five to 10 years ago,” he said. “It is something we will probably see more of in the post-pandemic period.” Southern Theatres, which operates 18 multiplexes across eight southeastern states, is launching its streaming service this month and attaching it to its “Reel Rewards” loyalty program. Subscribers to the program will be able to rent films from all five major studios after their theatrical run and before they are released on streaming…More

Tencent Holdings, China’s gaming, social media, and entertainment king, has launched a new video platform that rewards users for watching videos, in a move to expand its presence among China’s vast elderly and rural populations. Pianduoduo, which literally means “lots of videos” in Chinese, was recently launched across application stores in China. A check on Wednesday showed that the app has been download over 20,000 times on Huawei’s app store. Offering entire seasons of popular classic TV series ad-free, including mythical action-adventure Journey to West, imperial court drama My Fair Princess, and historical spy thriller Sparrow, Pianduoduo gives users digital coins in exchange for watching. Capped at 3,600 coins per day, for a total monetary value of 0.2 yuan, users can earn 60 coins for every minute they watch. The app, with a very simple design and layout, does not explicitly state the cap until the user reaches the maximum earnings for the day. Tencent did not immediately reply to a request for comment. “If [users] can get paid for watching something they‘d probably watch anyway, it will have widespread appeal,” said Mark Tanner, managing director of Shanghai-based consultancy China Skinny. “But if it isn‘t [sticky], the viewers will leave the minute the cash stops.”…More

Rotten Tomatoes, the website known for reviews and ratings of movies and TV shows, is the latest media brand to make a push into OTT. The NBCUniversal-owned property is today debuting a live streaming channel, the Rotten Tomatoes Channel, on Roku devices. It will be one of the 100-plus live channels available as part of the Roku Channel’s live programming lineup. The Rotten Tomatoes Channel will debut with 100 hours of programming to start, including 10 originally produced shows. The ad-supported channel features celebrity interviews, trailers, behind-the-scenes, original series and a video version of the podcast Rotten Tomatoes Is Wrong. In the coming weeks, the channel will also become available on NBCUniversal-owned streamer Peacock, the Comcast-owned free streaming service Xumo TV and other platforms. “We are thrilled to extend our relationship with fans through our new Rotten Tomatoes OTT channel,” Sandro Corsaro, Rotten Tomatoes’ svp and chief creative officer, said in a statement. “The channel will not only deliver an around-the-clock celebration of entertainment but continue our brand promise to help fans find what to watch, by delivering the best movie, TV and streaming recommendations.”…More

While entertainment industry watchers were quick to expound on the reasons why Sony Pictures Entertainment’s recently announced U.S. movie licensing deal with Disney is a win for Sony, it’s also a win for Disney. And for Netflix, which in early April had announced a massive movie pact with Sony that gave the streamer the so-called “Pay-1” window that grants the rights to the first TV airing of a movie following its theatrical run and home entertainment release. Disney has access to Sony’s 2022-2026 theatrical movie slate following Netflix’s exclusive window. Pay-1 windows typically last for 18 months, which begs the question of why an entertainment behemoth like Disney would be willing to play second banana to Netflix. But in today’s fast-changing world of so-called “windowing,” experts say the second window can be as valuable as the first…More